At Veteran’s Park, in Sutton

PDF in Colour
PDF in B&W 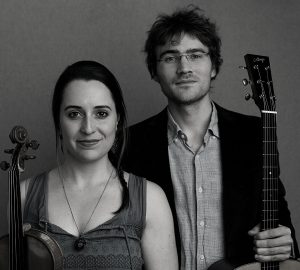 Gen & Marcus is the meeting of two jazz-trained musicians driven by an experimental curiosity and a love for folk music. Rooted in traditional and folk culture, their fiddle-guitar duo resonates with natural acoustic poetry.

Their first album Warden, released in April 2019 and co-produced by Tommy Gauthier, is distinguished by its touching melodies, well-crafted, skillfully orchestrated arrangements, and by the exceptional complicity of the two musicians. Their willingness to honor folk tradition without limiting themselves to genre gives them a distinct sound. The result is music that appeals to jazz enthusiasts, folklore fans and instrumental music neophytes alike. 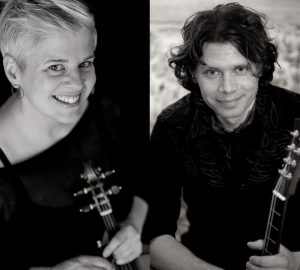 Stéphanie Lépine and Éric Beaudry have been collaborating on various musical projects since the early 90s. They co-founded the groups La Galvaude, Norouet and the Pykadors (Hommage à Jean-Claude Mirandette), as well as the Camp Violon Trad Québec. They joined the group Ojnab, and participated in the Grand spectacle de l’an 2000 with composer Oliver Schroer in Toronto. Recently, they performed as a duo for the digital project Station Trad, as part of Duos Éphémères, broadcast in April 2021.

Fond of projects, they have participated in numerous recordings, together and independently, notably with Les Frères Beaudry, Édouard Richard, Ojnab 2 and Bernard Simard. Their musical experience and their complicity combined with their love of trad music and their talent bring out the cohesion of their music. With Stéphanie and Éric, you are sure to spend a moment where emotion meets delight! 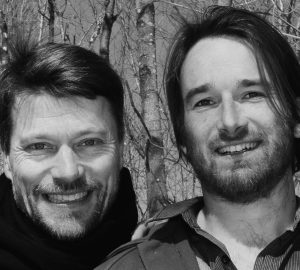 Alex Kehler and Félix Michaud-Duhamel are long-time collaborators and active musicians in the world of traditional music and dance in Estrie. By combining their creativity and their talents as multi-instrumentalists with the voices of two Breton singers, they form Les siffleurs de nuit, with whom they tour across Quebec and all the way to Saint-Pierre-et-Miquelon since 2013. As a duo, they now offer an Estrian repertoire from Durham fiddler Yvon Duff, as well as Scandinavian polskas, Breton andros, and their own compositions. Their two fiddles, foot percussion, nyckelharpa, banjo and voices combine to create a sound world that is both contemplative and lively. 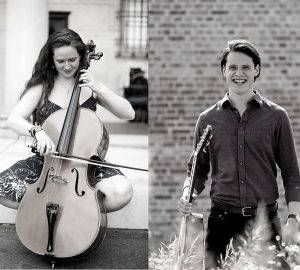 McKinley James and Everest Witman, both hailing from the hills of Vermont, present their first show as a dynamic trad duo. Everest, known for his rock-solid rhythm guitar style, fell in love with traditional music growing up in Brattleboro, VT. Having received mentorship from players such as Keith Murphy and Roger Kahle, he plays in the DADGAD tuning and draws on a variety of styles to inform his playing such as contemporary Irish and Scottish trad. Everest cut his teeth as a musician playing contra dances across the North American continent with the neo-trad trio Nova, who are also a driving force behind the emerging Bal Folk scene in the US. They released their second album, "Chasing the Sunset" at the end of 2019. He is also a part of the Scottish/Breton trad group Arcanist. Everest currently lives in Montréal, QC where he benefits from the vibrant music scene. When not touring, he teaches guitar and works as a freelance music producer and audio engineer.

McKinley James is a cellist studying at McGill University's Schulich School of Music. She has played both traditional and classical music all her life. She has performed with the Portsmouth Symphony Orchestra, Middlebury College Orchestra, and the New England Conservatory Symphony, she also soloed with the Champlain Philharmonic Orchestra. She is a founding member of the band Night Tree, which won the New England Conservatory's Honors Ensemble. Together they have toured throughout the US, opened for Solas in Portsmouth Music Hall, and played in Jordan Hall, Museum of Fine Arts, Boston Public Library, and Rockwood Music Hall. They released their debut album in 2017 and toured in Europe in 2018. She has also toured in China with her piano trio. She studied with Yeesun Kim at the New England Conservatory for her Bachelor's Degree. 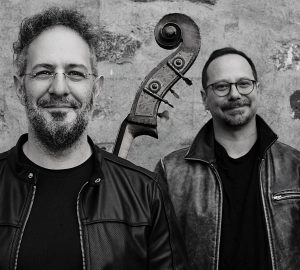 Nicolas Boulerice (also member of the group Le Vent du Nord) and the double bass player Frédéric Samson unite to offer you a captivating performance entitled Confiné aux voyages, which consists of magnificent laments and traditional ballads accompanied by soundscapes captured in Saint-Antoine-sur-Richelieu. This encounter, which is firstly that of a region and a repertoire, then that of a voice and a double bass, takes place within the theme of travel. This concert is inspired by the album Maison de Pierres, produced during the first season of lockdown, last spring. 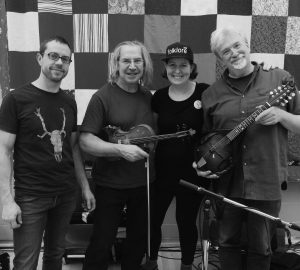 Les Quatre Coins is a high-energy, New England-style contra dance band with members hailing from Quebec, Ontario, and Newfoundland. Rooted in and connected to their own traditions, Richard Forest, James Stephens, Greg Brown, and Emily Addison are all exceptional players of regional dance music, who have come together to offer a unique musical blend.

Renowned for their compositions which are favorites for both dancers and players alike, this band offers an experience that you will not want to miss! 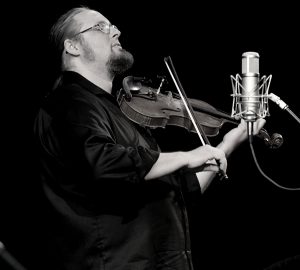 Pascal Gemme has been actively collecting fiddle melodies from his province, Quebec, for twenty years. This imposing repertoire has allowed him to build on his technical mastery of the fiddle vocabulary of his region. Over the past 10 years, he has set foot in around 20 countries where he has presented more than 1,000 concerts with the Genticorum trio. These international tours have given him public recognition both in Quebec and abroad. 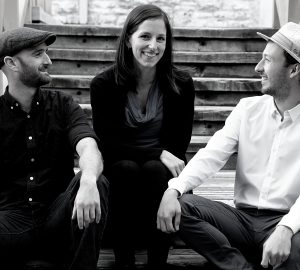 Delivering performances that are both energetic and exhilarating, this merry group delivers high quality performances featuring arrangements that are surprising, intelligent and magnificent. La Déferlance is a breath of fresh air in the trad scene!